Mobius Connect will be uplifted onto the new ConnectWise PSA API with a rolling release beginning on September 15. With that, we will be renaming the application to Gozynta Mobius. Once updated, users will be prompted to log in to the Gozynta Mobius app two times. You should find the uplifted app will have much better reliability and performance.

When invoices are pulled from ConnectWise PSA they were brought in by invoice date and time.  They will now be ordered sequentially by the invoice number. 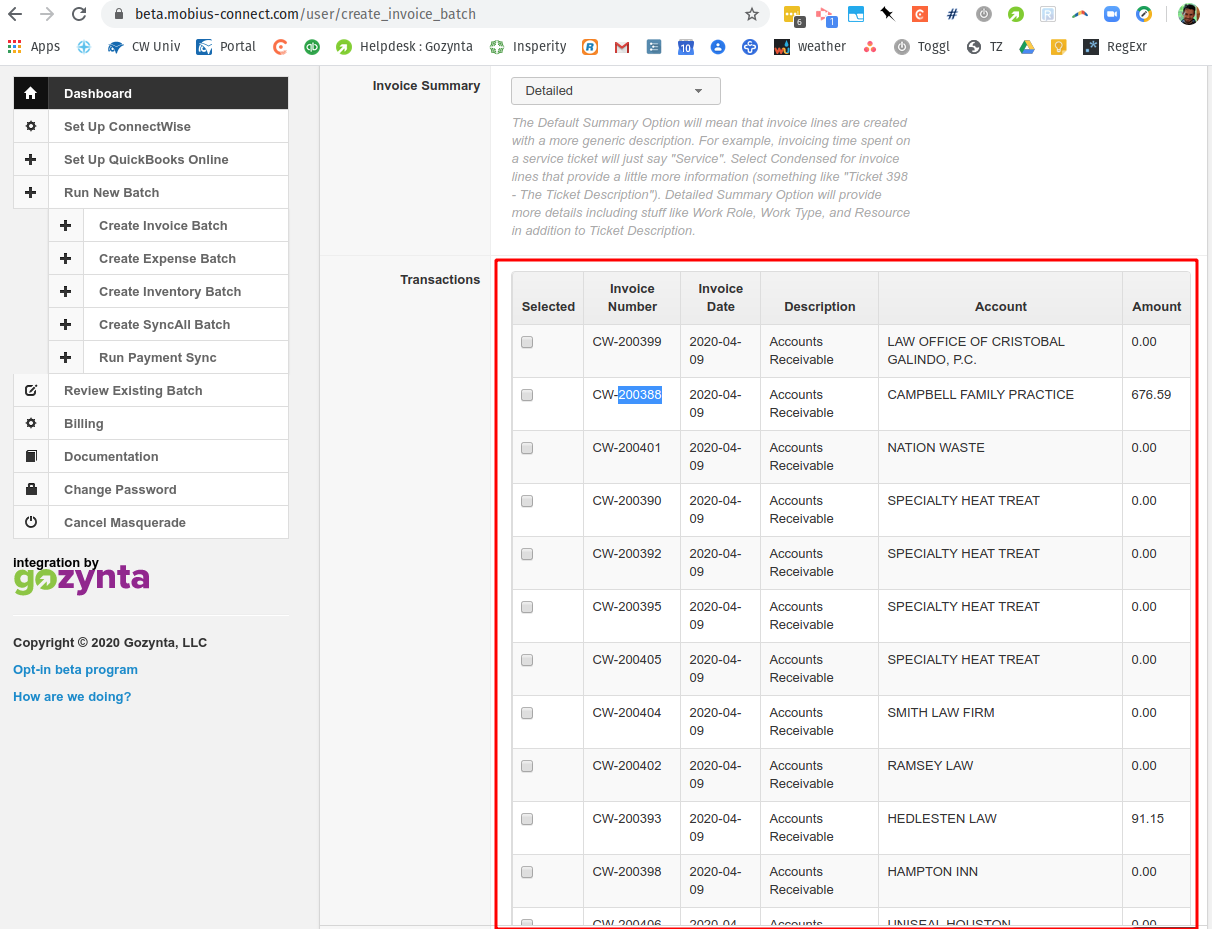 We had some customers reporting that auto-sync would stop automatically syncing. Which, obviously, makes auto-sync not as enjoyable.  We have found the issue with this and it is being released in this version.

There was a known glitch that payment dates would sometimes be off by 12 hours. This has been corrected in this version.

The Reference Field from the ConnectWise PSA Invoice will be now brought to the "Message on Invoice" field in QuickBooks Online.

The Sales Discount description will now be pulled from the ConnectWise PSA detail description instead of the memo.